The Historical Society would like to encourage people to identify and “chalk” plants that they find in and around Highland Park and post on social media with the tag #highlandparkhistory or send an image of the result to archives@highlandparkhistory.org .  We are sharing some early 20th Century photographs of local plants in the Stupey Gardens in Laurel Park as examples.

In addition to the artists represented in the exhibit and in the collections, this exhibit was inspired by the Toulousian botanist Boris Pressq. Pressq began chalking images and identifications of flora and fauna between cracks of cement sidewalks and other urban locations in the French city famous for its violets to show “what is living” and “green.”  The Wood Violet is the state flower of Illinois!

The Society is excited to twin the vernissage of this project with The Art Center of Highland Park’s (TAC) chalk event, “Draw Together.”  The Society will be distributing chalk kits created by TAC at the May 1 Francis Stupey Cabin clean-up and by request.  We hope many of you will utilize the May 8 event to draw local plants and other art.

Ten images from the Jesse Lowe Smith image collection were selected to highlight in Stupey gardens, six of which can be found in the Stupey prairie gardens.  All of these specimens were photographed and can be found naturally in Highland Park and its environs.  Nature created these plants in the Illinois landscape.  Smith and E. E. Parratt, another early Highland Park photographer, captured the local flora and fauna on glass slides.  Many images were hand-colored; in this case, chiefly by Charlotte Pinkerton and Grace Nichols.

Jesse Lowe Smith (1869-1934) is perhaps the best known of the Highland Park history aficionados.  Smith taught school and served as Superintendent of Highland Park, Illinois grammar schools from 1902 until his death in 1934.   In addition to progressively innovating photography as a teaching tool, Smith was involved in the early parks and recreation, conservation and other naturalist movements.  He also formed the first Highland Park Historical Society.  His papers from that first effort are being made available to researchers, including his studies and manuscripts on Skunk Cabbage, with its unique heat-producing qualities being recognized as the earliest blooming local plant.

Elno E. Parratt (1866-1939) arrived in Highland Park to work as a telegraph operator for the Chicago & North West Railway as a young man in the 1880s.  By the time he retired, Parratt was serving as traveling station auditor.   Parratt and Smith planned to write and publish an illustrated book on the local flora and fauna and birds. The manuscript has been lost, at least for now.  The photography has been preserved and digitized for access and research.  Both Smith and Parratt were avid gardeners and bird watchers. All of the images in the collection by Parratt were colored by Charlotte Pinkerton.

Charlotte (Lottie) Pinkerton Blazer (1879-1966) was born to missionaries in South Africa and spent her earliest years in  Wisconsin.  As a young woman at the beginning of the 20th century, Pinkerton attended the Art Institute of Chicago and worked as a lantern slide colorist.  She worked in California and founded the Santa Cruz Art League after her 1914 marriage to lawyer James Blazer.    Pinkerton’s work can also be found at the Autry Museum of the American West, Yale University’s Beinecke Rare Book & Manuscript Library, and in other collections.

Grace L. Nichols (1875-1947)  has been cited as an outstanding colorist by lantern slide experts.  Smith transferred the specimens he collected and photographed, and transferred them to her studio in Chicago for coloring.  Her work can be found in collections as diverse as the Indiana and Massachusetts Historical Societies and in various architecture collections.  Photographers around the country transferred their work to Nichol’s studio to be accurately colored.

Nature Sketches in Temperate America: A Series of Sketches and a Popular Account of Insects, Birds, and Plants, Treated from Some Aspects of Their Evolution and Ecological Relations. Hancock, Joseph L.  Chicago: A.C. McClurg & Co, 1901. Print.

The weed that gourmets go for Collins, Robert.  MacCleans, November 24, 1956 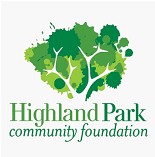