How Corn Changed Itself and then Changed Everything Else 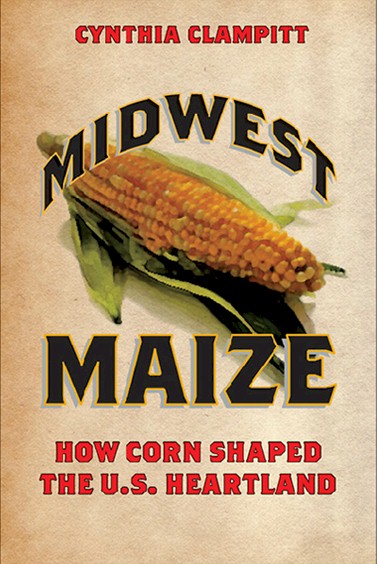 Highland Park Historical Society will host “How Corn Changed Itself and then Changed Everything Else, ” presented by Cynthia Clampitt, via Zoom, at 7 p.m. on Thursday, August 20, 2020.

About 10,000 years ago, a weedy grass growing in Mexico possessed of a strange trait known as a “jumping gene” transformed itself into a larger and more useful grass—the cereal grass that we would come to know as maize and then corn. Nurtured by early farmers in the Oaxaca region, this grain would transform the Americas even before First Contact. After First Contact, it would span the globe, with mixed results, but for newcomers in North America, it expanded its influence from rescuing a few early settlers to creating the Midwest and building the world we know. Today, it is more important than ever. As Margaret Visser noted in her classic work Much Depends on Dinner, “Without corn, North America—and most particularly modern, technological North America—is inconceivable.” However, corn and the people who raise it also face some challenges.

Cynthia Clampitt is a writer, speaker, and food historian. Clampitt has pursued her love of culture, history, and food in thirty-seven countries on six continents (so far), but has in recent years increasingly focused her studies on the American Midwest. She began writing about food history in 1996, and has been a member of Culinary Historians of Chicago since 1999. She is the author of Midwest Maize: How Corn Shaped the U.S. Heartland, published by the University of Illinois Press. She has written about more traditional history and geography for every major educational publisher in the U.S., including the Colonial Williamsburg Foundation and National Geographic Learning. In addition to Culinary Historians, Clampitt is a member of the Society of Women Geographers, the Agricultural History Society, the Association of Food Journalists, the Midwestern History Association, and the history section of the International Association of Culinary Professionals.