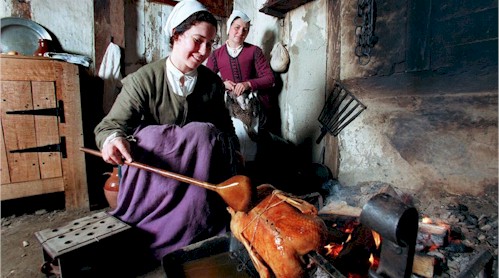 As part of the research for his book, The Kitchen, John Ota travelled to Plymouth, Massachusetts where he cooked a meal over an open fire with Pilgrim Foodways historian Kathleen Wall.  On the 400th anniversary of the Harvest Feast between the New England colonists and the Wampanoag people, John will share his experiences of the culinary history, architecture, cooking methods and the dishes from the first Thanksgiving of 1621.  John’s presentation will include multiple images, 1621 recipes as well as truths and misconceptions about this favorite holiday occasion.  Yes, there was turkey – but it was not the main event!